From 3.3 million years ago to today, humans have become more efficient at hunting and making food by using tools from a variety of materials.

The first stone tools were made by Australopithecus Afarensis. They struck soft rocks with hard rocks to produce sharp flakes, which they may have used to get marrow from inside of bones. Later, more tools were created such as handaxes, and later even more advanced tools such as awls and spears which helped them hunt and make food.

The oldest tools we have date back to around 3.3 million years ago, in a time called the "Old stone age". These tools were made by humanoid species called "Australopithecus Africanus" to make their lives more efficient by being able to kill animals and cut meats easier. A stone core and flakes dated to be around 2.6 million years ago.

How were these tools made?

To the right is an example of a hammerstone being used on a stone core. Below are some examples of hammerstones. 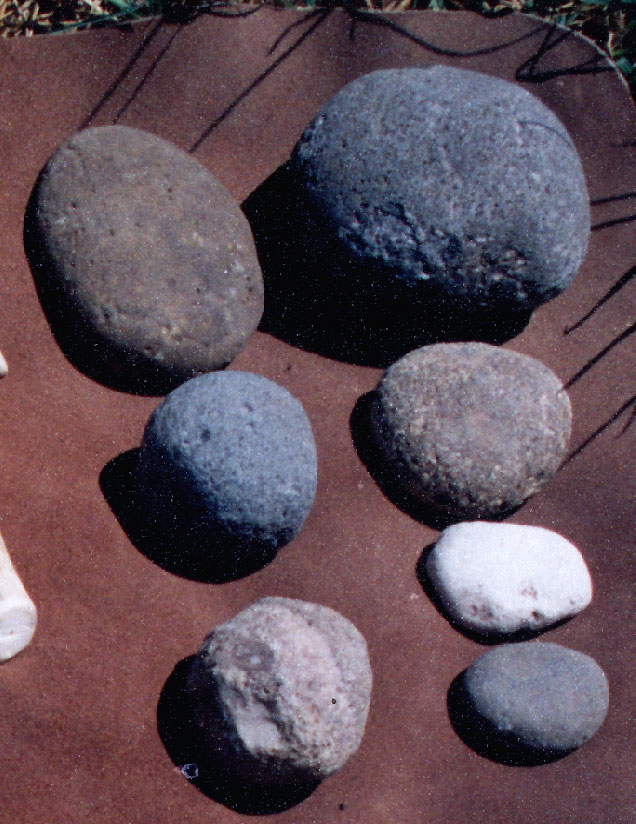 Around 1.6 million years ago, Homo Erectus began chipping smaller flakes off of the bigger ones, making sharper tools that were easier to handle. These are now called handaxes. They come in many different shapes and sizes depending on everything from where they were made, their material and (of course) the time they were made, because as time progressed they became better and more efficient.

An example of a handaxe.

What was the use for handaxes?

A handaxe being held in a hand

Between about 400,000 and 200,000 years ago, stone tools started becoming better and more diverse. In the Middle stone age Homo erectus made tools with sharper points which could be put on shafts to make spears. Later smaller points could be made to be put on smaller shafts to make projectiles such as arrows.

Some tools from the middle stone age

During the middle stone age tools other than spears were also made. Some of these tools were awls, which could have been used to make holes in hides, and scrapers that were usefull in preparing hides, wood, and other materials.

To the right are some awls used in the middle stone age. Below are some scrapers. 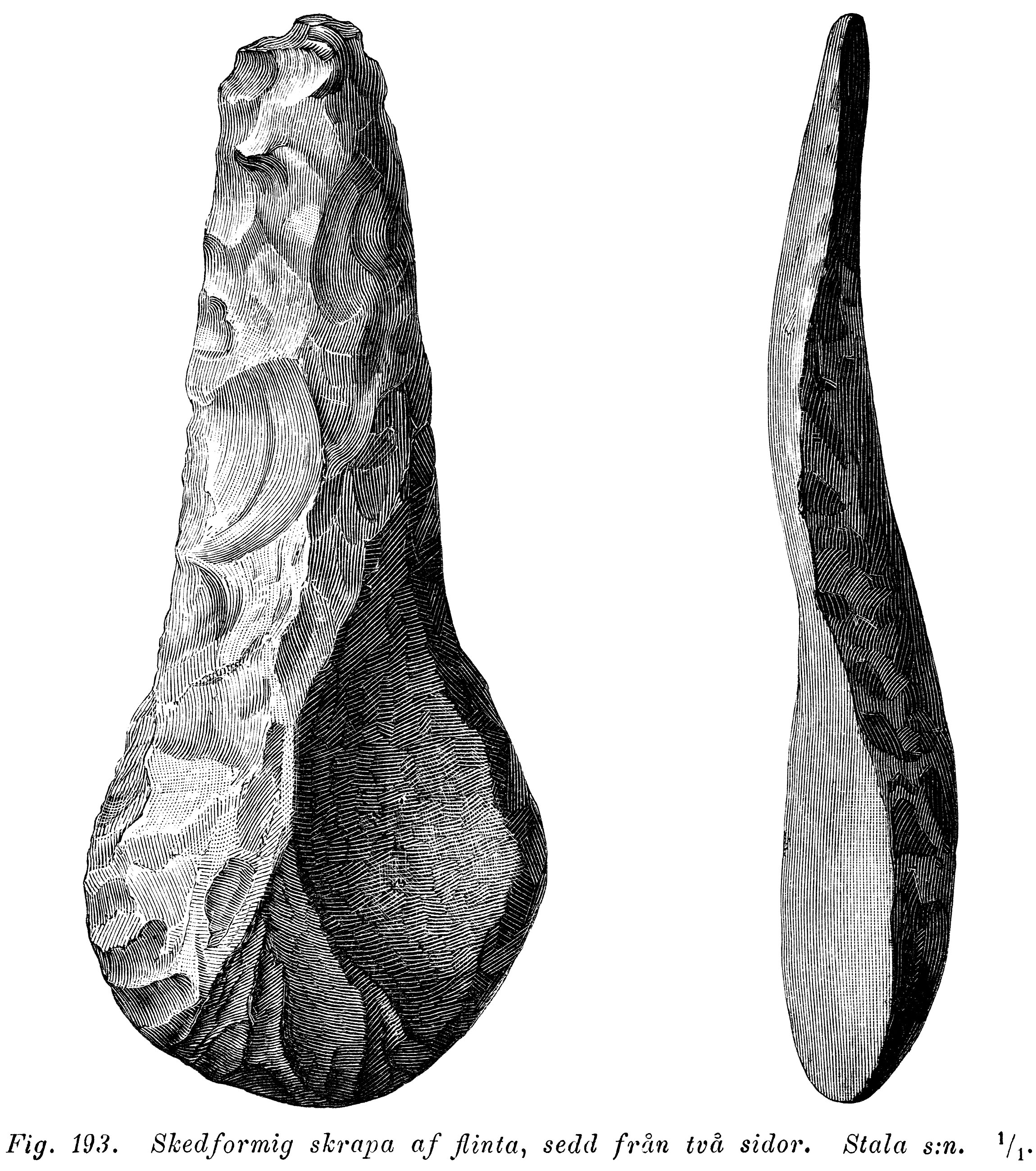 About 50,000 years ago, in a period called the later stone age, the tools made began being much more diverse and showed more cultural diversity than before. Some Homo sapiens expiremented with other materials such as bone or ivory. Tools were crafted better and different groups made their tools differently and adopted their own ways of making tools.

A stone harpoon, one of the earliest barbed tools, could've been used to spear huge prehistoric catfish weighing as much as 150 lb, enought to feed 80 people for two days

Made for Brooklyn School of Inquiry in 6th Grade, Class 602 Section A #29, Humanities during Winter